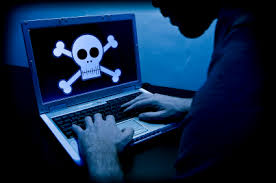 This afternoon, when I was working at my collage, I found an annoying nag screen from one of antivirus application which told me that the computer has been infected by a trojan. Since I had a curiousity with this kind of “software”, I decide to play around with the malware a little.
I decide to download some standard application to help me analyze the malware. Here are some of the application :
Ok, the antivirus said that the application which was suspected as a trojan locate at C:\Windows\ and named with gwdrive32.exe. First I run the process monitor, try to end all the process. Next I run the captureBAT to watch the system with -n prefix, so captureBAT will also capture some network activity. Next I run the TCPView to watch the network process. From the tcpview and process monitor, it’s clearly that beside the trojan itself there also a lot of malware application running at background process.
From mandian red curtain and ollydbg, I could know that the application was build with microsoft visual basic. Shortly after analyze for some hour, I came with some conclusion.